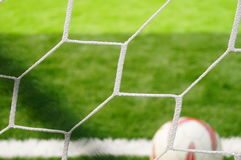 On Thursday 23rd March, we arrived to a very wet and windy pitch at Sir Henry Floyd with our small team of girls to play in the football tournament. Our team was made up of girls from Years 7, 8 and 9, some of whom had never played together as a team. Our first game was against John Colet, who play football regularly at school. Femke Rosenstock had an awesome game in goal saving some very fierce shots. Unfortunately, we lost that game, 3-0. We then took on Sir Thomas Fremantle school. The girls played an outstanding game, working so well together as a team and winning 4-1. Kiera Foster and Katherine Baverstock were outstanding up front, passing the ball to each other to outwit the opponent, and finishing with better skills than England!

Our final game was against Sir Henry Floyd. It was a slow start with the opposition putting up a good defence. Molly Fielding scored a cracking goal shortly followed by Katherine. Lauren Murray made some excellent runs beating lots of players. In the second half Akeley stepped up the pressure and scored a further three goals with a beautiful left footed strike from Keira. Some excellent defence from Isabel Sumner, Ella Rose, Ella Bryant, Tyler Wilson and Femke Rosenstock in goal. We came second, but losing by just 1 point!