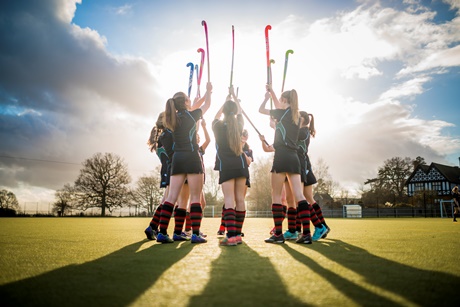 On the 19th of November Akeley  A  and B teams played Old Buckenham Hall.  The B team won their game 7:1. The attack and defence were awesome. We didn’t let the other team get many shots on goal because Akeley’s defence got the ball out of the D almost every time! Our attack got it up the pitch a lot and scored. India scored some of the goals. I was in goal and I only let one in. The people who played especially well were: Julia who was amazing in defence and India who got ‘girl of the game’. Thank you for everyone who played and supported the teams. Thank you to Old Buckenham Hall who drove from Suffolk to come and play us.