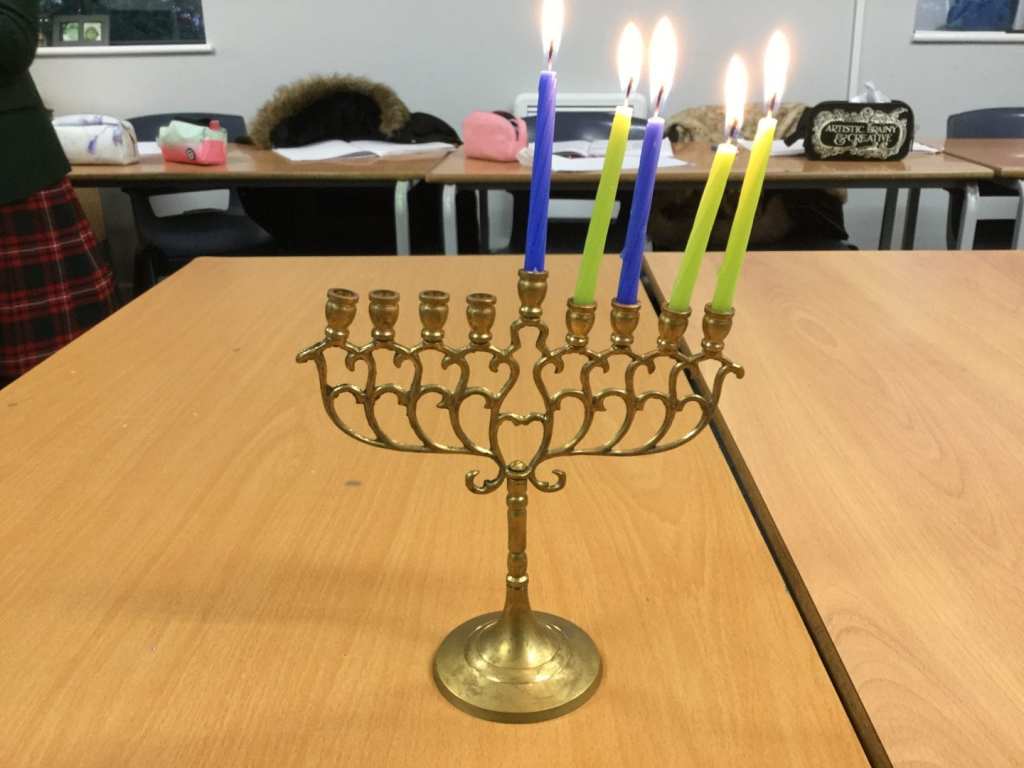 As a warm up to studying Judaism, Year 9 GCSE Religious Studies students have been learning about Hanukkah the Jewish eight-day, wintertime “festival of lights,” celebrated daily by lighting the hanukkiah (a nine– stemmed version of the Jewish menorah).

Special prayers are said and treats of fried foods enjoyed. This festival dates back to two centuries before the beginning of Christianity. This year, in the western calendar, it is being celebrated between 2nd and 9th December.

The Hanukkah means rededication, celebrating one of the greatest miracles in Jewish history. It symbolises how God looked after the Jewish people at that difficult time over 2500 years ago, when Antiochus, a Syrian King tried to make the Jewish people worship Greek gods. Rebelling, and against all odds, a band of Jews defeated one of the mightiest armies on earth, driving the Greeks from their land. They began a war which lasted three years until they won, reclaiming their land and temple.

The Menorah was lit with the one day supply of oil they had and miraculously it lasted for eight days.

Games are often played at Hanukkah. The most common game uses a dreidel. Similar to a dice, the dreidel is like a small spinning top. Each side of the dreidel bears a letter of the Hebrew alphabet: נ (Nun), ג (Gimel), ה (Hei), ש (Shin), nothing, all, half and put in. Players start with an amount of coins and win or lose accordingly. During their RE lesson this week, the Year 9 students played the game with chocolate coins and ate jam doughnuts– a great example of creative learning – tasty too!