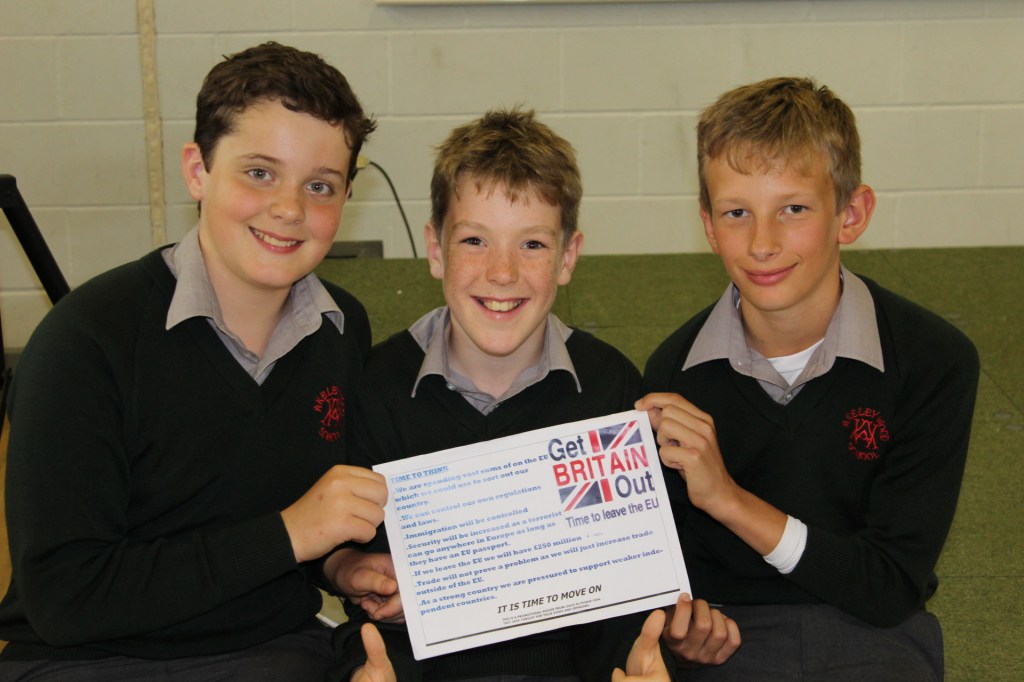 Another busy term has just flown past and now, here we are, ready to say ‘Goodbye’ to our Year 6 children.  They have worked hard and played hard through the year and many have taken on the additional challenge of a role of responsibility be it a Classroom Monitor, Librarian, School Councillor, Reading Buddy, Play Leader or House Captain.  They will be missed by the staff but also by the other pupils so we hope that they will visit and let us know how they are getting on.

Year 6 finished the term with their production, ‘Shakespeare Rocks’ – a pertinent choice with this year being the 400th anniversary of Shakespeare’s death.  Obviously, time has moved on since then so we were able to have both boys and girls taking on the various roles with every child having their moment on stage.  The children’s enthusiasm shone through in the performances and the play was well-received by the audience each time.Our grateful thanks to Mrs Anderson for directing the play as well as teaching the children all the songs.

Following the Year 6 production, the children had just a couple of days to pull their Leavers’ Assembly together.  This may have drawn some tears but was also a chance to celebrate their time at Primary School from which, we trust, they will take many happy memories and long-lasting friendships.  We hope they will treasure the presentations made on this occasion.

In the classroom the children have worked hard.English lessons saw us covering play scripts, narrative and persuasion.  The latter unit led to a Speaking Competition among our Year 6 with the children being taught to judge the qualities of a good speaker.  All the children took part and we were very impressed by the high standard of the speeches.  After half-term we used the EU Referendum as the stimulus for writing a balanced argument.  Some lively discussions took place in the lessons and many of the children stepped forward to help when I asked for volunteers to run the EU Referendum at Akeley Wood Junior School.  We had a 75% turnout from amongst KS2 on the day – slightly better than the national average.

In Maths, there has been a particular focus on applying the mathematical skills and knowledge acquired through the year in different settings and to a variety of question styles.  Teachers have regularly set up investigations and the children have had a lot of fun (and some puzzlement!) with these.  Science saw us exploring forces as well as the workings of the eye. Each class also had a fun trip to Tile House to experience KS3 Science.  On this occasion they made sparklers.

Moving away from the core curriculum, the learning continued apace elsewhere too.  In MTL, Mme Burdett took over this term and the children had a taste of both Spanish and German before returning to French.In Art they created some props for the play whilst in D.T. they were given the opportunity to complete their slipper project.  They had their second competition of the year in F.T. with Akeley’s version of Ready, Steady, Cook!  We have some very competent cooks so I would keep an eye on MasterChef in the future…In Topic, the children had a Viking Day.  They really got into role in the battle – the facial expressions and the yelling made them rather scary combatants!Fortunately, KS1 were not nearby at the time.

In spite of the weather, the children have continued to enjoy their sport and even managed to press ahead with some matches in between the showers although, on one particular occasion, the girls had to adapt the Rounders game with all participants only being allowed to walk as it was so slippery underfoot.  As always, the highlight was Sports Day.  We were lucky to have sun for the field events but had a rather soggy afternoon on the track.  Well done to all the children who carried on in spite of the unfavourable conditions.  At the end of the afternoon, for the second year in a row, Year 6 asserted their superiority over the staff competitors in the relay by winning the Golden Baton.  (Perhaps a lap of the track should become part of the interview process for new staff otherwise I cannot see us winning the baton back anytime soon!)  The image of Akeley Bear chasing desperately after the final runner will stay with me for a very long time.

As the term draws to a close, we would like to say how much we have enjoyed working with your children this year.  It will be sad to see them go but they are ready now for the new challenges ahead.  Well done Year 6 – have a good summer!