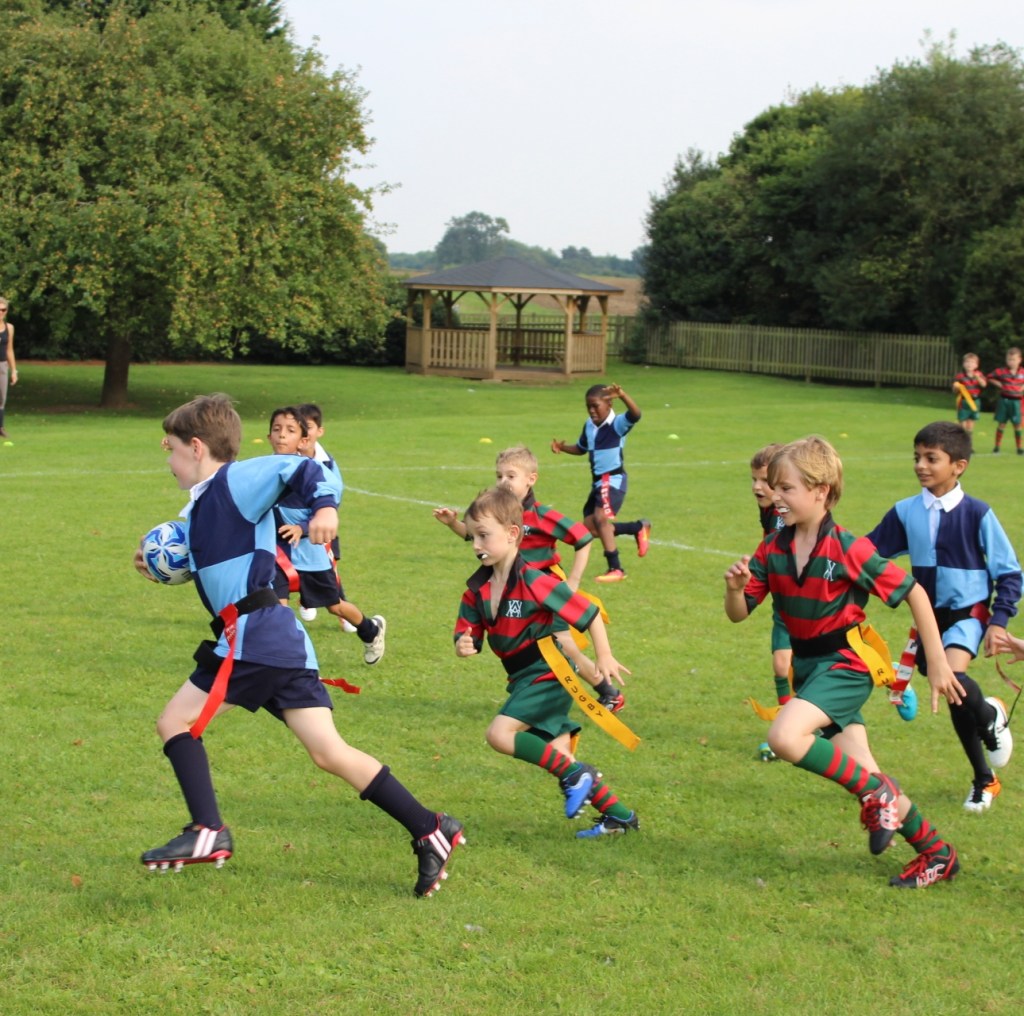 Well, what an excellent term of Rugby we have had. I can’t believe we are at the end. We have had over 35 school fixtures, along with playing in 12 Festivals. I have to say, I have been very impressed with the progress made by all the Rugby teams as well as the U7s.

The U8s have shown what an improving year group they are. The A squad have finished the term unbeaten in their school fixtures and also qualified for the National Schools Rugby finals in March at Epsom College. They also won Festivals at Bedford Modern and Winchester. What is pleasing is that I’ve been able to watch all the boys play showing how inclusive we are with our teams. Well done, U8s. Let’s look forward to the Football term.

The U9s have delighted me, as they have found the transition from tag to tackling tough at times, but have continued to battle onwards and upwards. The teams have had 7 fixtures which is a greater number than last year. Some of the boys have also played in 2 festivals as well as the National Qualifiers where they found some of their matches tough. This term has given many of the U9s valuable experiences and the confidence to move forward in their rugby. An excellent term boys, I have been delighted with your efforts.

The U10s have had an excellent term and surprised me with some of their performances. The B team have been pushing the As during training which has been why both teams have produced an excellent level against some tough schools. The A squad demolished the Swanbourne festival by beating everyone in their way and did so not conceding many tries. Just goes to show how much this group have worked on their team play and tackling. The As have also qualified for the National Finals in March, so to have 2 teams representing Akeley again is outstanding. Again, it’s been fantastic to see all the boys take to the pitches representing the school.

The U11s have worked so hard to improve and have come up against some very tough opposition throughout the term. They have never let their heads go down and have always bounced back which makes me extremely proud of this group of boys. The As have never been out of the top 3 in a Festival and the progress made by many of the boys in the B and C teams has been real credit to themselves and teaching staff. The A squad just missed out by a point when trying to qualify for the Nationals. So close boys. The display of the season for this group of boys has to be the recent fixture on a Saturday morning at home v MCS. The Bs only just lost 20-30 and the As produced rugby that even surprised the parents. Keep your work rates and heads up boys; you will get your rewards.

It has busy a very busy term for sport and I couldn’t do it without the support of the other members of staff in the department and the support from you the parents. You are the best.Following us around the country side, supporting as ever in the correct manner. Thank you. Looking forward to the spring term. Fixtures are up on the Sports Board. Yes, another busy one folks.