Geography,Photography and Art Trip to Iceland 2017 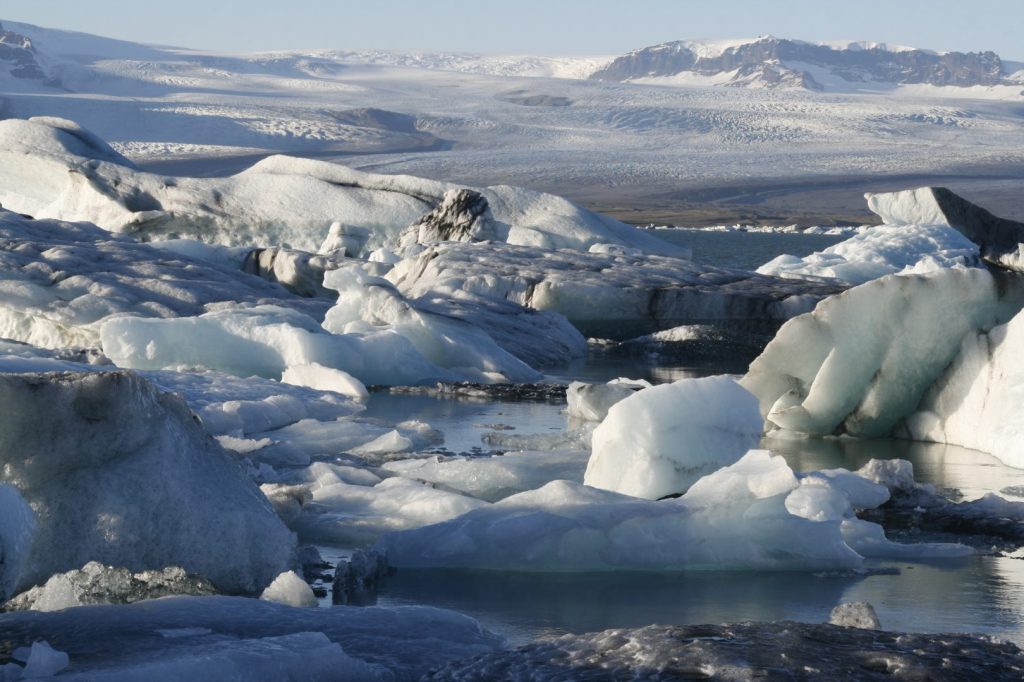 From waterfalls, Geysers to caving and the Northern Lights!

A SIX DAY EXPLORATION OF THE SOUTH AND WEST COAST. 24 Year 10-12 students

On Monday 30thOctober, 24 students and 5 staff left Akeley Wood Senior School for Heathrow Airport to catch their flight to Reykjavik in Iceland. The three-hour flight touched down at 1.30pm Iceland time, and within a short while we were on our coach crossing the grey moss topped lava fields towards the Blue Mountains at Leidarendi, where we were going to explore the hidden world of lava tubes. These are complicated cave systems once filled with molten lava, now filled with mineral formations and ice. Spooky! Our next stop was our first hotel – the Hafnarfjordur, just outside Reykjavik, where we stayed for our first night.

The next morning our coach and guide collected us and we were off along the only main road on the south coast. Our first stop was at the Hellisheidi Thermal Power Station, which produces the vast majority of Reykjavik’s hot water and electricity in a sustainable and economic manner. It was an amazing place. Back on the coach, we left the city behind us and drove along the semi-deserted road for several miles, until we reached the flood plains below Eyfallajokull – the volcano which erupted in 2010.

Next we travelled to see two huge but different waterfalls, rather beautiful but slippery in the spray, created by thousands of tons of water cascading 60 meters over a cliff edge! We drove further down the coast, past the foothills of the glaciers and volcano ranges to the Solheimajokull Ice Cap where we were equipped with icepicks and crampons and then  led up onto the glacier for a 3 hour experience climbing on ice. We looked at moraines and ravines, throwing ice down through apparently bottomless cracks in the glacier. It was odd to think that as we were standing there, the glacier was slowly moving down the valley. However, at the same time the glacier was melting and retreating back up the valley at about 100m every year, due to Global Warming. After descending, we made our way to our second hotel The Dyrholaey, near the small town of Vik. It was a single storey building, typical of much of Icelandic architecture. We had supper in the wooden paneled dining hall complete with fur skins and stuffed birds and animals, and as it was a clear evening, we hoped we would see the Northern lights, but the sun had not been active enough and so a vague greenish hue to low horizon was all we saw. However, a super quiz provided by Mr. Medd and Mr. Cutler Ames (on the Kazoo) was equally as fun, especially with the prize being a bag of dried fish (an Icelandic specialty).

The next morning we moved off down the coast towards Jokulslargon, the southernmost point of Iceland. It was gusty and frosty as we drove through more lava fields.  We passed the outlet glaciers from Vatnajokull, the largest glacier in Europe. We saw bridges and the remains of roads, which had been swept away in various glacial floods and volcanic eruptions. Many dramatic waterfalls and rocky formations passed us by as we headed towards the glacial lagoon. When we pulled up in the boat yard, we were blown away by the amount, size and incredible shades of brilliant blues in the icebergs – it was surreal. The boat ride took us around the huge lagoon,here we watched the stately procession of these vast blocks of ice. Of which only one-eighth shows above the water line, as they head towards the sea. Some were in excess of one thousand years old – and we had the chance to try ice water so pure it looked like glass.

On our fourth day, we began our journey back along the coast, via the black lava beach and basalt cliffs at Dyrholaey. It was a stormy morning, with a strong wind creating rough but beautiful crashing waves at the water’s edge and Arctic Terns screeching above our heads. At Thorvaldseyri we stopped to meet the farmer’s wife whose farm had borne the brunt of the devastation created by the eruption of Eyjafjallajokull in 2010. She showed us a film of the eruption, which had been put together by the locals. It showed the horror of watching your farm being destroyed, but also the bravery and determination of the small community to rebuild their lives and start again. It showed their respect for the land in that we are nothing against the force of nature. We then moved on to the town of Hveregerdi where we visited the Contemporary Art Gallery, which although small, had plenty to keep us guessing! Afterwards we visited the Geothermal gardens where hot springs occasionally burst into life, and where we boiled eggs and baked bread in the hot water streams. Hveregerdi is one of the main areas of thermal activity and the inhabitants never know if a spring or a hole will suddenly appear in amongst their houses!

We journeyed back to Hafnarfjordur and walked into the town for our evening meal at the Vinhusid Restaurant.

On day 5, we visited the National Art Museum in Reykjavik, which was opened, especially for our group, to view works of art typical from Iceland’s short artistic history from the 1900’s. We then travelled to Geysir, an incredible spout of steam which shoots 60m into the air every 7 minutes or so. The smell of Sulphur permeated the air as we tried to miss being sprayed by the clouds of stem. Our next stop was the massive waterfalls at Gulfoss, which cascade magnificently down through a canyon, spray filling the air, and then onto the national park at Thingvillir where the North American Tectonic Plate is parting company (at 3cms a year) with the European Plate. A truly humbling experience. Back to our hotel and our evening meal was taken at the very Icelandic “Viking restaurant” where we sat in a wooden hall decorated in typical Viking paraphernalia – lots of furs, horns and helmets! Skeppy and Flick should have had Oscars for their performances!

Our last day’s first visit was to the Blue Lagoon. It did not disappoint – the almost luminous milky turquoise waters soon became visible, together with a rather sulphurous smell and wafts of steam rising from the surface of the pools. We changed into our swimwear and ran through the sharply chill gusty wind and rain into the 38-degree warmth of the water – it was breathtaking and exhilarating – the minerals in the water softened the skin and the special mud was quickly spread on faces and arms!

All too soon it was time to make our way to Keflavik Airport.

During our 6 days in Iceland there had been in excess of 300 quakes – none of which we had felt. Even Mount Hekla, which we had been relatively close to, and had registered 5.3 on the Richter Scale, had not made its presence known. Nonetheless, as the people we had spoken with had said – it is only a matter of time. This is something the Icelanders choose to live with. Their land could disappear at any time-it is volatile at best, and when it does go, it will be big. Iceland is a living island, continuously moving and changing, both inside and out. However, this is a state, which the Icelanders embrace and it makes them a proud and determined race. They are virtually self-sustainable and are true believers in their guardians – the little people! That’s another story!

With thanks to the entire group, whose excellent behavior made it such a fantastic and enjoyable trip.