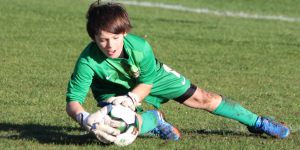 Charlie has been selected to play in an independent school team which is made up of boys from schools across Buckinghamshire, Oxfordshire, Surrey and Berkshire. Along with other boys representing their schools, Charlie will be representing Akeley as part of his squad. After attending two training camps (in his own time) he along with the squad then travel to Sweden to represent England at The Gothia World Cup in July. The Gothia Cup is the largest youth tournament in the world and has 80 nations represented with an Olympic style opening ceremony watched by 52,000 spectators. This will be an amazing opportunity and experience for Charlie playing internationally and one that should be celebrated here at Akeley.