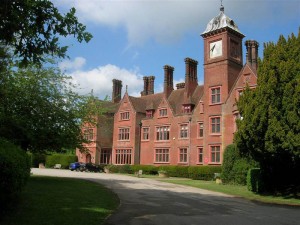 When we arrived at Tile House Mansion we got into our School Houses. We went to our first lesson which was Textiles. During the lesson, we designed a colourful picture which was then drawn and coloured on fabric. My picture represented the Indian Festival of Light.

At morning break I played football on the Astro. Our next lesson was Games, where we played a game similar to Handball using a Frisbee. This was great fun. At lunch, I had pasta and meatballs. It was delicious!

Our last lesson took place in the Art Room where we wrote our own rhyming couplets which were often written for an old English festival. For this we were put into groups of four. I found this very interesting.

I loved my Trip to Tile House Mansion and I look forward to going there again.